Liverpool blew the chance to open up a five-point lead at the top of the Premier League on Sunday as Semi Ajayi’s header eight minutes from time earned West Brom a shock 1-1 draw at Anfield.

The Baggies remain second bottom of the table, but gave their chances of survival a huge boost by becoming the first visiting side to take even a point at Anfield in the league this season in Sam Allardyce’s second match in charge.

Sadio Mane had given Liverpool a 12th minute lead, but Jurgen Klopp’s men lived to regret not making more of a dominant first-half display to give the chasing pack in the title race an unexpected boost.

The defending champions move three points clear at the top of the table, but just four points separate Everton in second from Southampton in ninth.

Allardyce was the last visiting manager to win a Premier League game at Anfield, when in charge of Crystal Palace back in April 2017, and the former England manager is now unbeaten in his last four away games against Klopp’s men with three different clubs.

The Baggies set out to limit the sort of damage suffered by Crystal Palace in a 7-0 hammering inflicted by Liverpool last weekend, but could barely get out of their half before the break.

Mane ended his longest drought of nine games without a goal as a Liverpool player against Palace and showed his sharpness in front of goal is back with a brilliant touch to control and finish from Joel Matip’s pass on 12 minutes.

That could and should have opened the floodgates for Klopp’s men given their level of control before the break.

A series of dangerous crosses from Andy Robertson failed to find the finishing touch, while Mane headed just wide from Jordan Henderson’s delivery.

However, Liverpool’s failure to put the game beyond West Brom’s reach led to a nervy second-half.

The Reds suffered another injury blow at centre-back as Matip pulled up with a muscle problem and had to be replaced by 19-year-old Rhys Williams with Virgil Van Dijk and Joe Gomez long-term injury absentees.

Williams was penalised for an innocuous foul with his first involvement, sparking a furious reaction from Klopp, which saw the German booked by referee Kevin Friend.

Despite their lowly position in the table, West Brom have already taken points off Manchester City and Chelsea this season and were extremely unfortunate not to take at least a point away to Manchester United.

Allardyce’s game plan to stay in the game as long as possible worked to perfection as West Brom began to threaten in the final quarter.

Karlan Grant outpaced Williams to burst clear on goal 20 minutes from time, but Alisson Becker spread himself brilliantly to block.

Ajayi was denied his first Premier League goal when his strike away to City in a 1-1 draw earlier this month was credited as a Ruben Dias own goal.

But he repeated the trick and this time got the credit with a powerful header in off the inside of the post that this time left Alisson helpless.

Liverpool have made a habit of winning games late in the past two seasons, most recently when Roberto Firmino’s injury time header beat Tottenham 2-1 in their last outing at Anfield.

The Brazilian nearly did it again at the death, but his downward header was brilliantly saved by Sam Johnstone. 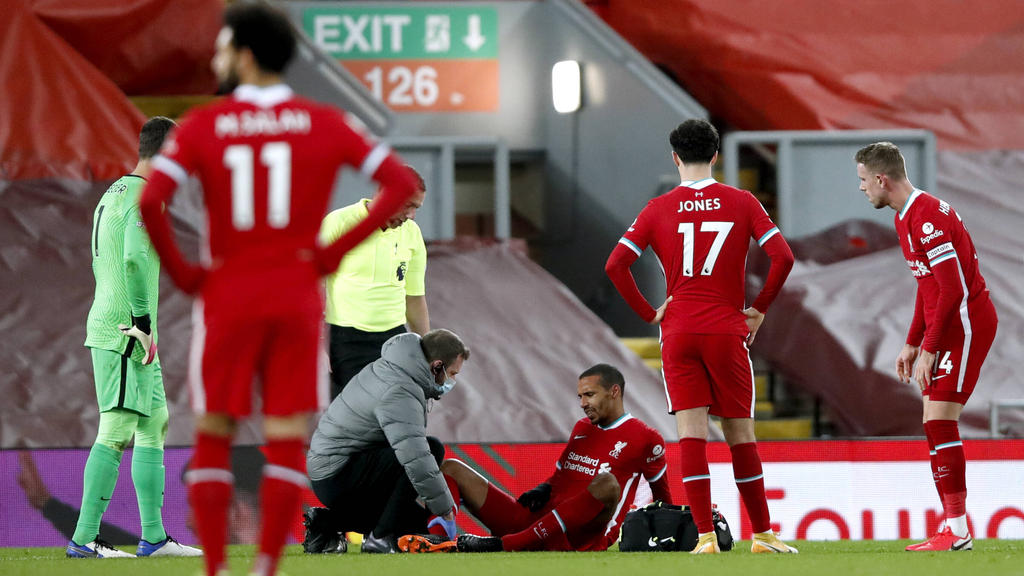